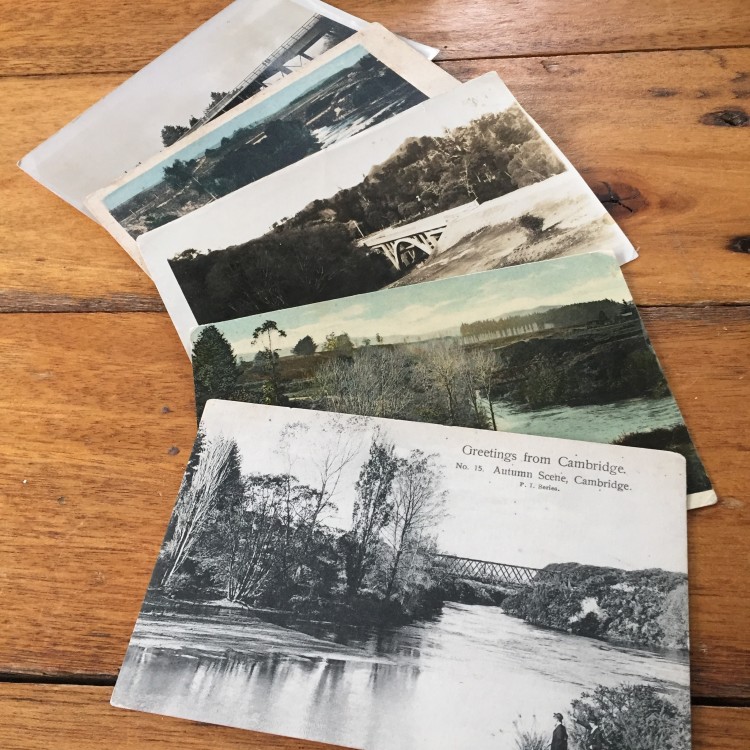 A collection of five postcards depicting bridges on the Waikato, Waipā and Hautapu rivers and the Karāpiro stream.

The postcards date approximately at the turn of the 1900's.

Three of the postcards depict the "Red" bridge, that stood on the same site as the current Fergusson bridge until it was dismantled in 1909. Two of these also show the Karāpiro stream bridge.

Also included are a postcard of the Hautapu bridge at Taihape and the Victoria Street bridge in Hamilton. 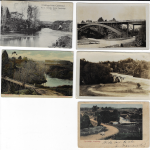 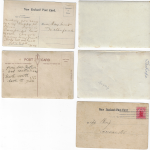