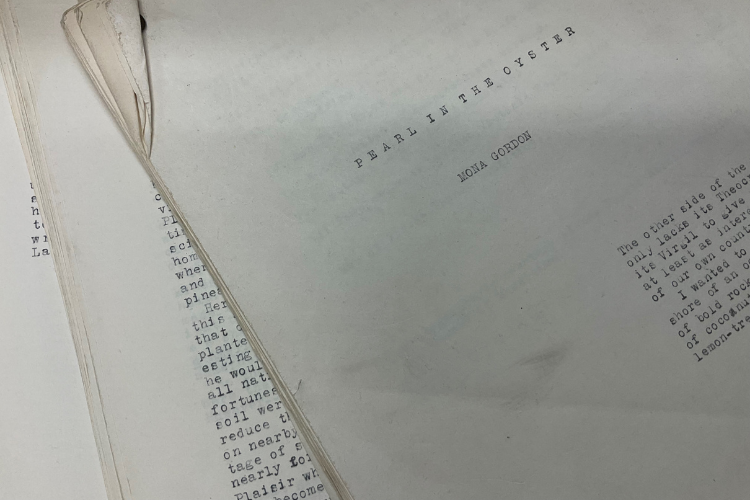 Contains two manuscripts, The pearl in the oyster and a translation of Paul and Virginia.

"The Pearl in the Oyster" is a biographical account of Bernardin de St Pierre, his early years in France, his failed journey to the Pacific that ended on the Isle de France and the experiences there that led to the publication of Paul and Virginia.

The second Manuscript is Mona Gordon's translation from French to English of Bernadin de St Pierre's novel, "Paul and Virginia". The story is set in Isle de France and tells of the lives of the two title characters, who were raised together in poverty by their respective mothers who both came to the island under difficult circumtances. It has religious themes and looks at how innocence is affected by a corrupt world.

The envelope is from the the Office of the Minister of Education, addressed to Miss Mona Gordon, 10 Thornton Rd Cambridge. It contains an official letter from the private secreatry of the Minister of Education (Mr Kinsellea) responding to Miss Gordon's offer of her translation for use in schools, saying they will bring her letter to the attention of the minister who will reply shortly.

The envelope itself has hand written notes on the reverse side and is frayed where it was opened.
The pages of both manuscripts are yellowed and slightly dog eared. The note is very crinkled and hard to read.

The packaging paper is wrinkled but in otherwise good condition but is unsecured. 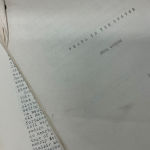 The Pearl in the Oyster