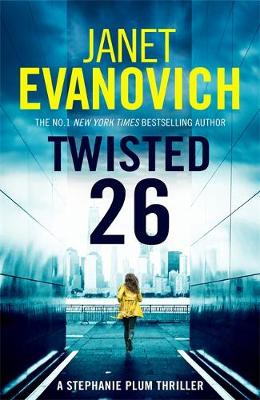 A mystery surrounding Stephanie Plum and her Grandma Mazur's dead (new) husband doesn't sound like a laugh a minute. But it was.

Grandma married a mob wise guy who died 45 minutes later and the mob wants his keys back.

The wise guys think Grandma has the keys, bad stuff happens and Stephanie's mum irons and drinks her 'iced tea' a lot.

While some of the earlier books have been a bit formulaic and only mildly entertaining, this one goes back to being entertaining and funny while actually moving Stephanie's life story on a bit.

The two men in her life make quite a bit of an appearance without it being cheesy or inappropriate. Ranger conveys his feelings with just one word 'babe' and he gives her a Porche in nearly every book, what's not to love!

Although Morelli is a cop and has a dog, I can see why she is conflicted.

There is a cliffhanger at the end which made me curse the author just a wee bit and look forward to the next one in 2020.