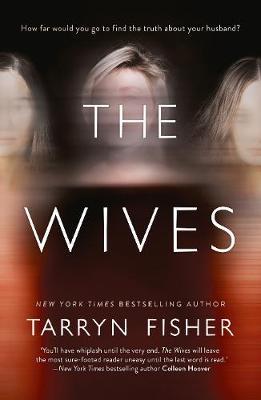 She is Seth’s legal wife, but he has two others – in the beginning referred to as Monday and Tuesday. Her day is Thursday. He is gone for the other 5 days of the week.

From the get go you want to know more. Why he has so many wives and how they all carry on knowing there are others.

She starts to wonder too. Her interest is picqued further when she finds a bill in Seth’s clothing, addressed to Hannah – is she Monday?. Then she opens her computer.

When Seth invites her to spend some time in Portland she also sneak peaks a look at the house on the address. Except she’s caught in the midst … Hannah. She invites her for a tour of her home. As she leaves she notes shards of glass then bruises on Hannah’s arm. It’s a what if moment.

Does she really know the man she’s married to? And what will come out of the friendship she appears to strike up with Hannah.

And there’s Regina – the first wife.

The other wives become an obsession and impact on her relationship with her husband. But are things as they seem, has she made a mistake or is there another twist.

The odd word and innuendo does raises some eyebrows, but it’s not throughout and other than that this book is guaranteed to keep you hooked and guessing until the end!