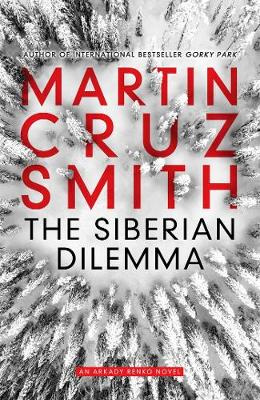 From famed author of Gorky Park, this novel is also set in Russia.

Arkady Renko works for the prosecutor's office under Zurin, his boss who dislikes him and asks him to travel to Siberia to bring charges against Aba Makhmud. Zurin claims Aba tried to kill him.

Meantime he is also on the lookout for his part-time girlfriend Tatiana who hasn't returned from her latest journalistic assignment in Siberia, though this is a common occurrence.

Tatiana is writing a story on Russian oligarchs (Kutnetsov and Benz) and gets close to Kuznetsov to assist her story.

Arkady finds Tatiana ably assisted by his new 'factotum' (assistant) Bolot, and also becomes friendly with Kuznetsov. But question marks are raised over the relationships between the oligarchs, particularly when one of them ends up dead.

The book while reading similar to a Daniel Silva Gabriel Allon thriller appears to miss the element of suspense and thread that Silva creates.

While a main plot doesn't appear clear, it is written in an easy to read style and does raise numerous questions until the end.

Siberian dilemma (def):  If you break through the ice, you have four minutes to live. If you pull out of the ice, in the frozen air you have two minutes—no good choice.