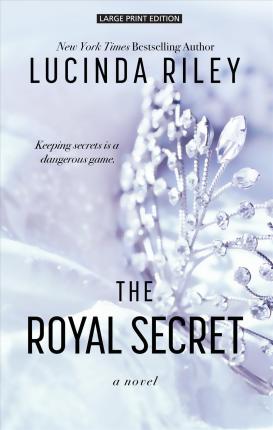 Lucinda Riley started this novel in 1998 at a time when the monarchy was at an all time low following the death of Diana and then when it was due for release promotions and orders of what was then titled Seeing Double were cancelled.

Riley and her publisher decided on republishing following her recent success and changed the name. She stresses in her opening that it is a work of fiction.

Joanna Haslam is a reporter and is assigned to cover the funeral of Sir James Harrison, one the of greatest actors of his generation.

At the funeral she has contact with an old woman who she helps home, who confides in her via post details out about a letter the late star held. When Joanna goes to revisit the old lady she has passed away and mysteriously her house has been swept clean.

It leaves Joanna with a will to investigate further and see what secrets the letter reveals.

The secrets could have implications for the Royal Family, but she isn’t the only one with an interest in what could be revealed.

Someone is on Joanna’s tail and eager to both upset her and her investigation.

She is also reporting on the Memorial fund for Sir James which puts her in touch with the handsome Marcus Harrison, grandson. She also has questions for him about his grandfather.

As might be expected their relationship develops which complicates things somewhat.

There are more secrets to be revealed in the family which reveals yet another twist.

And then just when you think all the loose ends are tied up, there’s another 150 pages to go.

Keeps you guessing until the very end.

Scandalous, full of twists and betrayal and of course romance.