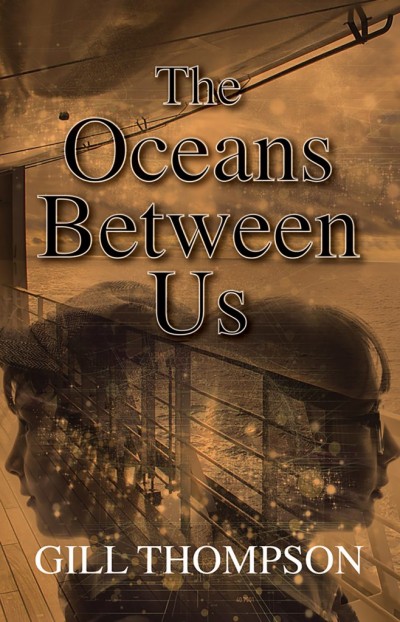 The oceans between us (Large Print)

This is an historical fiction novel set in London and Australia from the 1940s to the 1960s.

It has been inspired by true events with a mother and son torn apart by the war.

A woman, Molly, is found wandering and injured after an air raid.

She can’t recall who she is but she knows she is missing something. She has already lost her husband to the war.

Meanwhile what turns out to be what she’s missing is her son, 5 year old Jack, who was at school during the raid and who is waiting in an orphanage hoping for his mother to return, It’s now been five years. Thinking his mother would be proud of him if he could ride a horse and drive a tractor his hand goes up when Brother MacNeil enters the convent and asks who would like to go to Australia. Along the way he makes friends with a Jewish boy Sam who has lost his family.

Meanwhile Molly is recovering in hospital and remembers her name. What will happen when the rest of her memory returns and how will she find her son if she finds out he is alive.

The book touches on relationships somewhat frowned upon at the time both in the UK and Australia, a mother’s search for her son and a family who tries to prevent that from happening.

Will they eventually be reunited?