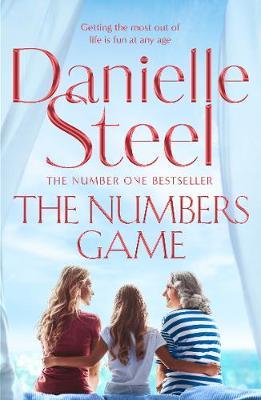 The numbers game is about three generations of women. But interestingly enough, it’s not quite the impression you get once you starting reading if you haven't read the synopsis.

Without having read this before choosing 'Borrow', I was intrigued as to where this novel would lead and how all the characters would tie in together in the end.

Pennie, 17, has just finished her junior year at a respectable public school. She and her boyfriend decide to break up as he has just graduated. Three days later she finds out she is pregnant. Pennie doesn’t want the life of her mother, Eileen who was forced to marry early for the same reason.

Tragedy strikes but the pregnancy has already had a profound effect on the relationship of Pennie’s parents and on hers and Tim’s.

Then we meet Olivia. She’s 27, wealthy and is the reason for Eileen’s husband’s misdemeanours.

Olivia’s mother and grandmother are also introduced adding to the generations being explored in this novel.

Olivia’s relationship with Paul ends up on the rocks and Eileen takes the bull by the horns to pursue her own dreams, meanwhile Olivia’s grandmother is also living life to the full.

There could have been a few more chapters in this book where new characters and different tangents are introduced, rather than new storylines running into one another, but this may just be the format as an eBook. I also found reading large blocks of text an issue.

That aside this is a heart-warming tale where, although sad things happen, everything works out in the end. The moral is that experiences and fun can happen at any age.

Access this title/place a hold via the Wheelers ePlatform