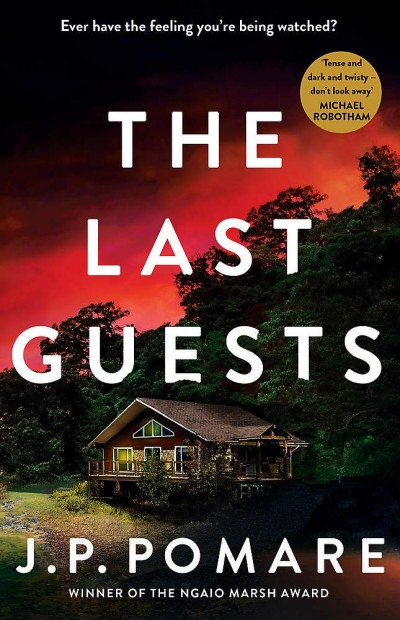 Get ready for an edge of your seat thriller! New Zealand author JP Pomare has done it again, with his latest fast paced suspense novel.

Lina and Cain have been married for a few years, but there's something not quite right. And it's not all to do with Cain's experience in Afghanistan. Lina's signed up to a dating app, and while it doesn't appear that her heart is really into it, she spends the night with the man. Little does she realise that the liaison has been filmed and that she has lost her wedding ring.

The couple are also struggling for money and on the advice of friends decide to rent out their family property that their plan is to eventually move into.

Lina is struggling to escape the clutches of her liaison as she needs to get her ring back, meantime things aren't also going to plan at the ambulance service where she works.

Cameras are recording, people are watching, but who is really behind it all and why?

Lots of enticing twists and turns.