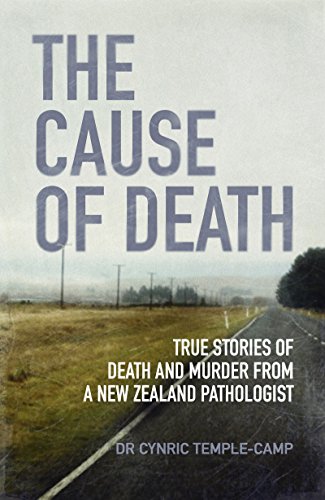 The cause of death

True stories of death and murder from a New Zealand pathologist.

This book is written by Dr Cynric Temple-Camp a South African pathologist who moved to New Zealand for a change in lifestyle. The book talks about why he moved away from being a doctor to a pathologist and some of the stories of death and murder in New Zealand.

These include a woman killed by a bull, a death mistaken as a murder, the Mark Lundy murders (he was one of the pathologists) and some other cases that you may never know existed in New Zealand.

An interesting read and easy to see why some deaths can be mistaken as murder.