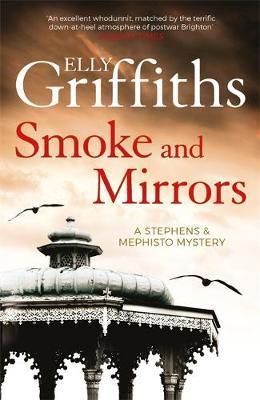 It's an eerie scene. Two children lie dead beneath the snow surrounded in colourful sweets. It reminds DI Stephens of a scene from Hansel and Gretel. The book starts on the second day of the investigation, when at this stage the children are deemed as missing.

But it soon turns into a murder investigation once the bodies are found and the children appear to have been strangled.

Despite not being a fan of police or authority, enter magician and fellow wartime friend Max Mephisto. Max is more than equipped to delve into the world of theatre where nothing is usually as it seems.

Then a third body turns up just after the DI receives a note from the children's teacher saying she thinks she has information on what happened to the children. She had only been reading at the church the previous day at the funeral.

Access this title or place a hold via the Library Catalogue. Also available in regular print.