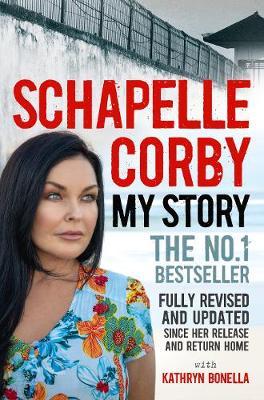 In 2004, Schapelle Corby was arrested in Bali after 4.2 kilograms of marijuana was found in a plastic bag inside her boogie bag case. She professed her innocence.

In 2005 she was sentenced to 20 years by the Denpasar District Court and imprisoned in Kerobokan Prison. In 2012 her sentence was reduced by 5 years after an appeal for clemency was made.

The first edition of My Story was released in November 2006. I had not read this edition but I had read Sins of the Father by Eamonn Duff which suggests that it was Schapelle's father who organised for the drugs to be planted in her luggage.

In this edition, Schapelle Corby refutes this claim. Her father has since passed away.

This edition includes details of her mental illness, symptoms which started to appear a few years after being imprisoned, and the lack of help within the system.

It also covers her return to Australia and despite media reports, the lengths she has gone to to keep her life private and hidden from the media after being hounded for so many years during the infamous trial and her imprisonment.

Brilliantly written and a number of images included.