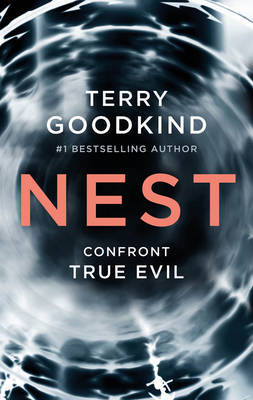 Kate's brother is murdered not long after her Uncle has also been murdered. And why does it appear that he has been murdered by someone who appeared to be chained up in his basement.

Detective AJ Janek is on the case and reveals that she already knew Kate's brother. She also has a connection with the author of a book called A Brief History of Evil.

When the author, Jack, finds his way into Kate's office after she doesn't return his calls, the mystery and questions only increase.

Kate, and her brother before her, have a special talent which puts them in harms way and perhaps others around them.

Jack works with Kate to help protect her and teaches her things she would ordinarily not dreamed of doing.

There is a lot of dialogue that takes place rather than action, which is intriguing in itself in a book such as this. And certainly some scenes aren't for the faint hearted.

High on suspense and highly captivating!