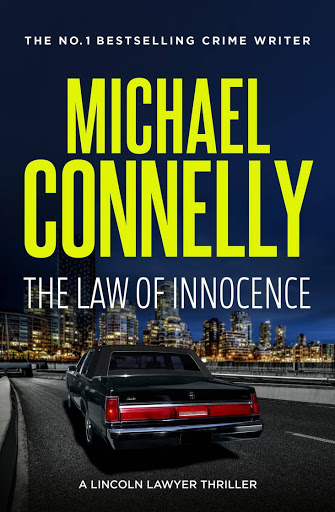 Mickey Haller the Lincoln Lawyer is back.

But from the get go, Mickey is in trouble. Pulled over by a single traffic officer for no apparent reason, the overly officious officer asks Mickey to open the trunk after blood is seen dripping on to the road.

Mickey knows it's going to be bad and that for some reason he has been set up. The victim is Sam Scales, a con man and former client of Mickeys.

Mickey is determined to represent himself with the help of his fellow team and is initially happy to spend his time behind bars rather than seek bail despite his need for protection on the inside. When a motion for a reduction in bail is successful and covered by Mickey's supporters, he finds himself fighting from the outside.

Mickey doesn't endear himself to the judge and is in a constant battle to get the prosecution to play fair.

It's a courtroom battle, a legal drama and a murder investigation all rolled into one. Mickey's half brother Harry Bosch also enters the fray, as well as an ex-girlfriend, an ex-wife and coronavirus.

Mickey must prove his innocence in front of judge and jury and save his life.

'The only way to prove I didn't do this is to prove who did. That's the law of innocence.'

Access this record/place a hold via the Library Catalogue