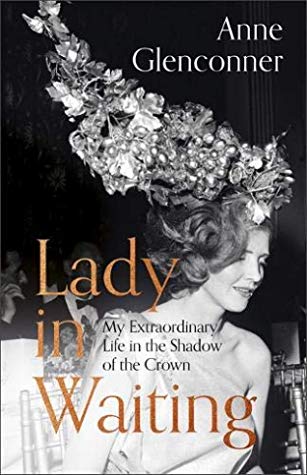 Lady in waiting: My extraordinary life in the shadow of the crown

As part of Britain’s’ mobility Anne Glenconner’s early life was spent at Holkham Hall in the company of the landed gentry and her royal relatives and friends. She was asked to be part of the coronation of Queen Elizabeth the second, the links to the royals very much part of her long life.

The debutante season and her coming out did not result in the engagement and marriage that was expected so Anne was encouraged to learn the retail pottery trade allowing her the freedom to travel and interact with all sorts of people.

She met Colin Tennant, first son of the Earl of Glenconner at 22, he was charismatic, threw incredible parties and was also a friend of Princess Margaret which helped to cement the lifelong friendship between the two women.  The vagaries of living with unfaithful, mentally unstable husbands led to the two women supporting each other on Mustique Island while the Armstrong-Jones and Glenconner marriages were in trouble. Princess Margaret’s marriage ended in the first royal divorce in modern times

The Glenconners had five children, perhaps the upper class hands off child rearing technique lead to the tragedies they suffered  later.  Her “just get on with it” resilience was vital to her survival and happiness in later life. Her story is both touching and tragic.

She writes in a direct humourous style, the recognisable famous and infamous people add to the enjoyment of reading of a remarkable woman of her time.