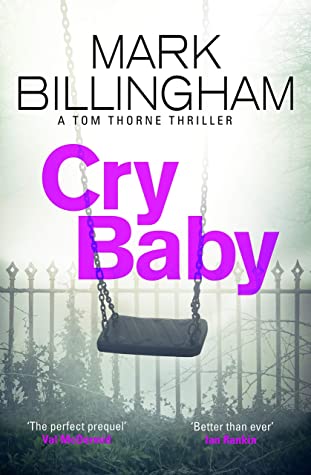 This is DI Thorne's first case and prequel to Sleephead.

Two friends are in the playground with their children who are the best of friends. They go off to play hide and seek, with Maria set to watch them. Maria takes a moment to catch her breath and a cigarette and takes her eye off them.

She hears a scream, Cat (Kieron's mum) comes running and Maria's son Josh reappears but not Cat's son. He is nowhere to be found.

DI Tom Thorne teams up with Russel Brigstock in this, one of his first, cases. We are also introduced to the likeable larrakin pathologist Phil Hendricks.

The police don't make a lot of headway with the case and while there isn't a lot of action throughout most of the book, it's still very hard to put down.