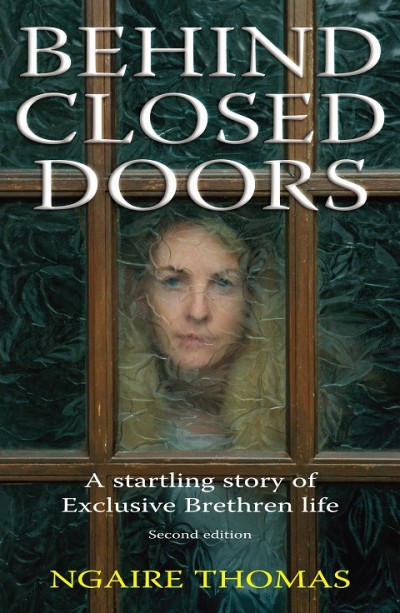 Ngaire Thomas left the Exclusive Brethren in 1974 after being born into it in 1943. This is her story written against a background of potentially being sued.

She uses a mix of real or changed names where privacy needs to be protected.

She may not have written this book had it not been for a talk back caller asking for more details about the Brethren because she was thinking of joining. This sparked a mountain of calls too her, then 6 months later another call put her in touch with another ex-Brethren and this eventually lead to the book.

It is a fascinating insight into a group some of us know very little about, their customs and daily life. The rules governing the Brethren can change with the current Man of God and Ngaire admits that even since her time the rules may have changed again.

She recalls how she accepted the rules as a way of life, all the while growing up and wanting to rebel against them. It was the rules and in her words an invasion of privacy, that shut her out of the Brethren in the end.

It is a heart-wrenching read that does deliver an important Christian message. The appendices are just as important to read as the chapters. You have to admire Ngaire Thomas for her courage in writing this story.

Access this title/place a hold via the Wheelers ePlatform