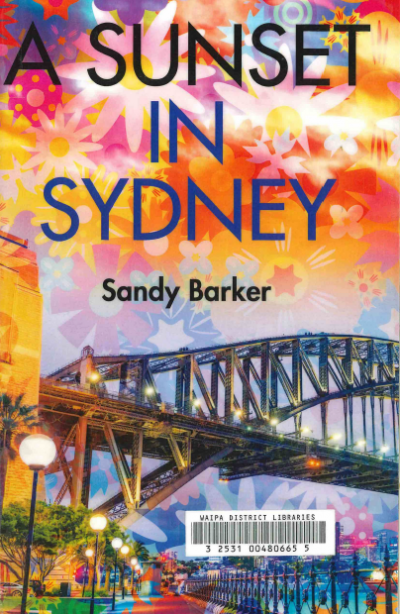 A sunset in Sydney (Large Print)

It’s hard to look past this cover. It’s stunning. But can you judge a book by its cover?

Sarah (in her mid 30s) has returned from 10 days in the sun in Greece. While Sydney is her home, she’s stopped in to see her sister in London before she departs. Hard to believe after booking the trip in response to a horror break up, she had returned with not one, but two handsome men wanting her attention.

American Josh (late 20s) wants to meet her in Hawaii, while the older James (early 50s) wants to wine and dine her in London - handy given her current location!

The book is split into three parts, one for each man in a different location and then her decision making back in Sydney and briefly to NZ. Both men just happen to end up in Australia too.

Whether you like the fact that she is playing them off against each other or not, it is still a compelling read to find out who she will choose!

This is actually the third book of a series, and while it can be read as a stand alone it could help some of the context to be read in order.