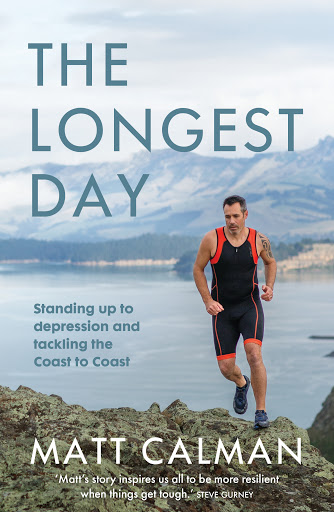 Matt Calman has conquered the Coast to Coast, but also faces another challenge. And that's his fight against depression.

From an early age Matt's battle against anxiety and other problems was by using alcohol. In his late thirties he decided to take a stand against this and to stand up and fight against the darkness caused by depression.

It is a frank and heart-wrenching account and a heartwarming story of the love he has for his family and their love for him.

Matt's first encounter with alcohol was at the age of 13 and he recalls it as almost being acceptable. He recounts numerous stories of his use of alcohol to cope with social occasions and his anxiety.

A lot of his anxiety was fueled by his own expectations and his work (in journalism) and his fight against failure and needing to be in control.

He faced up to his problems with alcohol and acknowledged his depression, seeking guidance and sharing with those that he loved and not shying away from conversations with friends.

He takes numerous steps to help with his recovery and his taking on the Coast to Coast is also a feat in itself.

If you ever have the opportunity to hear Matt talk about his life and his book, it is an occasion not to be missed.