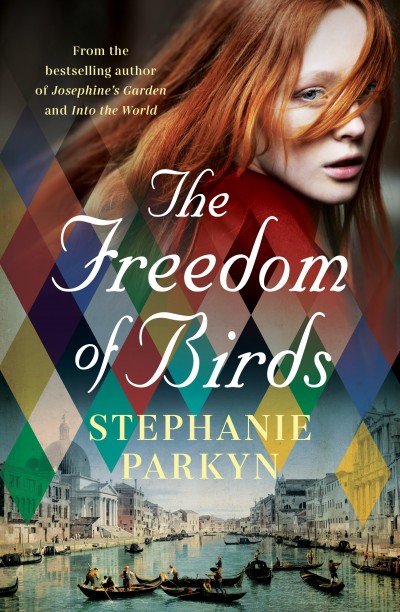 The Freedom of Birds

I have never considered myself to be a fan of historical fiction, but then I haven't actually read one!

Author Stephanie Parkyn is no stranger to Waipā audiences, having Cambridge Library as one of the stops on her book launch for Josephine's Garden. We were unable to have an audience for Stephanie's latest book, so in preparation for our interview, I set about to read The Freedom of Birds.

This is an enchanting story, and for a lover of murder mystery and suspense, I am also now quite taken with the setting and prose that comes with an historical fiction novel.

This is a delightful, but also tragic, story of three travellers - two French storytellers (Remi and Pascal) and one runaway girl (Saskia) as Napoleon's Empire begins to fall.

The three form a performing troupe in the fairytale lands of the Brother's Grimm, often enciting trouble as they pass through.

Stephanie has such a way with words, and it's difficult not to get caught up in the emotion of the story.