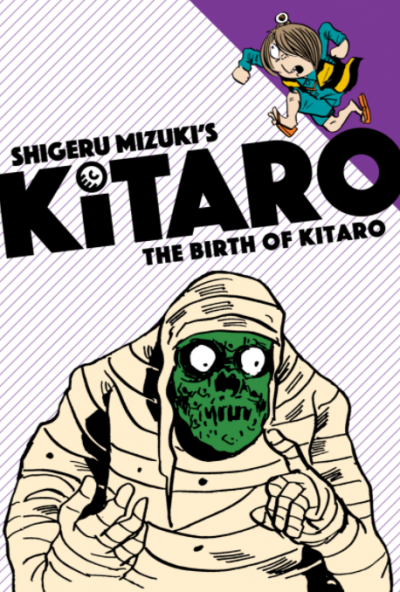 The birth of Kitaro

“The Birth of Kitaro” is a famous manga series set in Japan, about a boy named Kitaro who travels around Japan to help people haunted by yokai, Japanese supernatural beings. Kitaro is a yokai too, so he has lots of interesting powers.  This manga focuses on Kitaro’s origins, starting with his parents and then follows Kitaro’s adventures defeating different yokai around Japan.

The manga features a lot of references to Japanese culture and Yokai mythology, so if you are interested in that, this will be great book for you. If you’re a fan of Pokémon or other Japanese monster capturing games you might find this similarly interesting, as both Pokémon and Kitaro share their origins in Yokai mythology. There is also a “Yokai Files” at the back of the book (pg. 185- 187) that gives a description of all the monsters used in the manga which is interesting.

Kitaro was born with severe facial deformities he inherited from his mother, like a missing left eye he hides behind his hair and swollen right eye. However the manga does not mock his appearance and characters don’t treat him differently because of his disabilities and because of this, I believe this series has some good positive representation of a disabled character that does not let their disabilities define them or hold them back. I believe Kitaro could be a good role model for children that have disabilities or have facial deformities and think this is important, as there is not a lot of representation or role models of disabled people in children’s media.

Overall, I found this graphic novel to be a very interesting, light-hearted read. The writing style is very charming and the main characters a very likeable. I will be keeping an eye out for any other Kitaro books on the library shelves in future!