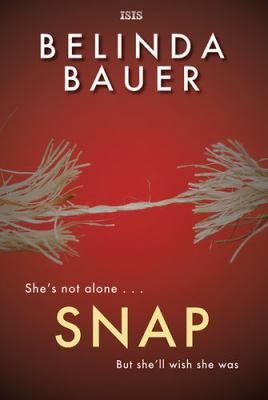 Jack and his two sisters are sitting in a stifling hot car even though the windows are down. Their mother has told them to wait there until she returns. She tells them that Jack, 11, is in charge and she won’t be long. His sisters are 9 and 2.

Ten minutes turns into 10 hours, and Jack makes the decision to leave the car with his sisters in tow to look for their mother.

Dozens of cars drive past the terrified children until one stops and it’s a policeman.

Meanwhile Catherine is pregnant and has a scare in her apartment, and a strange message from what appears to be her mother. She doesn’t tell her partner about it or the crank call. All the while she is on edge with her partner away a lot.

The children are returned home safely to their father but then they all face the mystery of their mum’s disappearance, and then her dead body is found.

After two years in mourning their father also leaves the house one day and doesn’t return.

Local DCs are looking into what they call Goldilocks crime scenes, beds slept in, food eaten and photographs smashed. Can they bait a house to catch the culprit? There is a near miss, but the police can’t work out why.

Everyone’s paths eventually cross, keeping the reader engaged by the suspense until the very end.

Made the Man Booker Prize longlist in 2018.