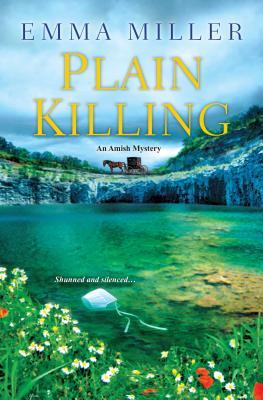 Rachel Mast has returned to Stone Mill to manage a local Bed & Breakfast. She used to be Amish but decided not to get baptized and joined the so-called 'Englishers'. She is now in her early 30s and her mother hasn't spoken to her since she was a teenager. Her best friend is her cousin Mary Aaron who is Amish.

On a trip to the local swimming hole at the quarry with a few friends they discover the body of an Amish girl floating face down in the water. She is dead and the police are called. The local police officer Evan has a liking for Rachel but we're not sure whether it is returned or not.

The Amish refuse to talk to Evan so Rachel takes it upon herself to solve the mystery, involving Mary Aaron along the way. She does her best not to impede the police investigation or raise the ire of the police.

This book wasn't the first in the series (#2) but that didn't appear to matter as I was after a book while awaiting the next Linda Castillo novel in the Kate Burkholder series!

While not as involved as Castillo's novels, this was still an enjoyable read and might suit those who still like an Amish mystery but without going into quite so much detail about the murderous side of things.