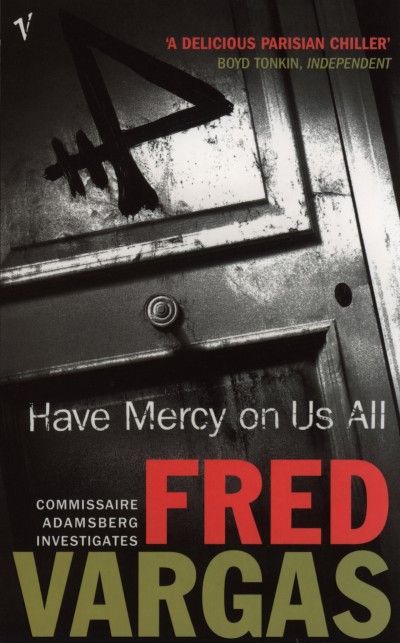 Have mercy on us all

This book has been translated from the French and I found it easier to read than the next book (also translated). Have mercy on us all is actually the third book in the series of 8 (which I didn’t realise!)

Features an unusual and unorthodox French detective Commissaire Adamsberg who has to employ a wee trick to remember people’s names, just one of his quirks!

Although slow to start, it was easy enough to read and drew the reader in and it was hard to leave it even when you thought it was slow. The perpetrator of the crime was not obvious, there appeared to be many suspects and secrets and the ending of the book came quickly with the loose ends all tied up nicely.

As I read I can hear the voices as they speak with the French cadence. I liked this.

I will be reading more of these books as I did enjoy this one.

Fred Vargas is the pseudonym of Fredrique Audoin-Rouzeau and is actually a female writer and has won the CWA International Dagger for translated crime fiction along with her translator four times. She also has another series - Three Evangelists.