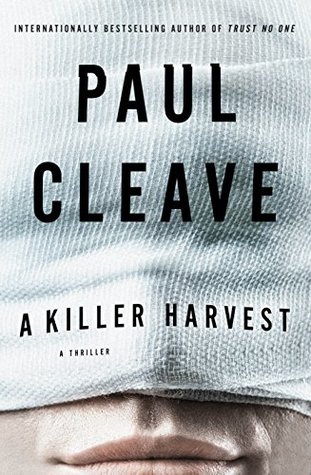 Detectives Logan and Kirk are investigating a murder which takes them to a building office. In the space of a few pages, the suspect kills Detective Logan and the suspect dies as well.

Detective Logan's son Joshua believes he is cursed. He has lost both biological parents, his sight and now his father. But there is news for Joshua. Thanks to ground breaking surgery, Joshua is to receive his father's eyes.

The surgery is difficult but has been done before. The eyes of the suspect have also been taken. But in what can only be described as a horror situation, the eyes may be mixed up.

The surgery appears to go well, and Joshua is given the gift of sight. Question is does he have cellular memory?

Joshua's world appears to have been turned upside down in many ways, he has to relearn everything he knows and he has to go to a new school. It's only day one and things take a big turn for the worse.

Meanwhile, Detective Kirk is about to also have his own problems. The friend of the suspect who dies has revenge on his mind, not only does it involve Kirk's new fiance, but Joshua is also on the list.

What entails is intrigue and mayhem, and just when you think the tale should be nearing it's conclusion, there is still 140 pages to go.