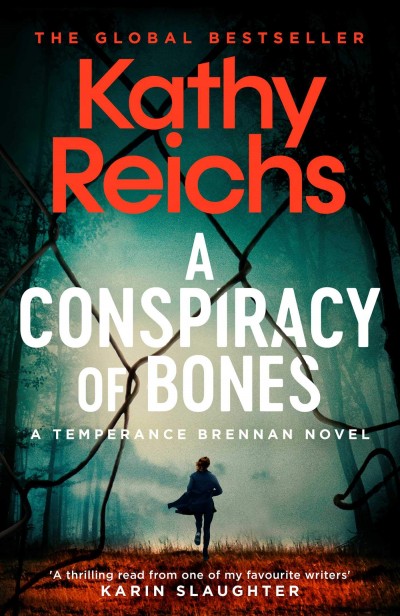 A conspiracy of bones

Tempe is recovering from an aneurysm, but the sleepless nights and the visions are disturbing. And the sense of paranoia – or is it?

Then she receives an anonymous text message with four images – a faceless man, dead. Tempe struggles to find out who sent the messages.

When Tempe arrives at the facility where she consults, head of the facility Margot Heavner is answering media questions on the steps. Not a fan of Tempe (given a past ‘run-in’) Heavner brushes off the question of whether Tempe will be working the case. And soon after when she catches Tempe in the morgue she asks her to leave.

With some sage advise from her mother, Tempe decides not to leave the case alone and decides to investigate the case under her own steam, but with a little bit of help from a colleague or two. Though there is a risk of it ending her career.

The questions keep on rolling in as the evidence presents itself. The death of the faceless man may lead to clues about a child’s disappearance years before. But what does this all have to do with the sinking of a sinking of a ship and why would he have Tempe’s mobile number?

Tempe’s investigation takes her into the dark web as well as risking getting her into a lot of trouble. Will it all be worth it?

Gripping from the get go right until the very final pages.