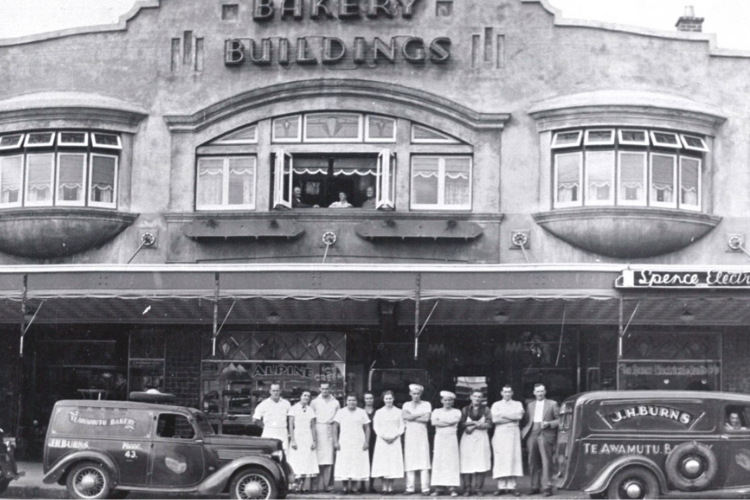 ... the development of Te Awamutu through stories from some of the town’s heritage commercial buildings.

Located at the intersection of old trails from Kirikiriroa, Rangiaowhia, Kihikihi and Pirongia, the early commercial buildings of Te Awamutu were located mainly along Arawata & Sloane Streets.

It wasn’t until the Mission farm land south of Roche and Market Streets became available for freehold purchase after 1906 that commercial premises developed along Alexandra Street, beyond Market Street, eventually helping it to become the town’s main street.

In this talk, local historian Alan Hall explores the early development of Te Awamutu using stories about some of the older commercial buildings that are still standing.

The background research about these buildings was carried out over the past three years as part of the Te Awamutu Genealogy group’s “Building Social History” project. A further display about a few other heritage commercial buildings being investigated this year will be held in November 2020.